After a long day of shopping on Saturday, including three hours at b store, we went back to the abandoned apartment and took a disco nap. Later, we got up and headed over to a club where they were playing dub- and grimestep. Mary, Maria and I tried to dance to this silly music but that joint was overrun with toddlers.

With no luck on the dance floor we moved on over to a pub, The Joiner’s Arms. Mary and I heard a rumor that there may or may not be rent boys near the washrooms. So we had a little treasure hunt, when suddenly, Mary’s hand bag went missing. We were all Messhausen from that point on.
Totally bummed out, we headed back to the apartment to sober up.

Sunday morning, to lift our spirits, we had an impromptu photo shoot with all the Bernhard Willhelm stuff that we got our mitts on. 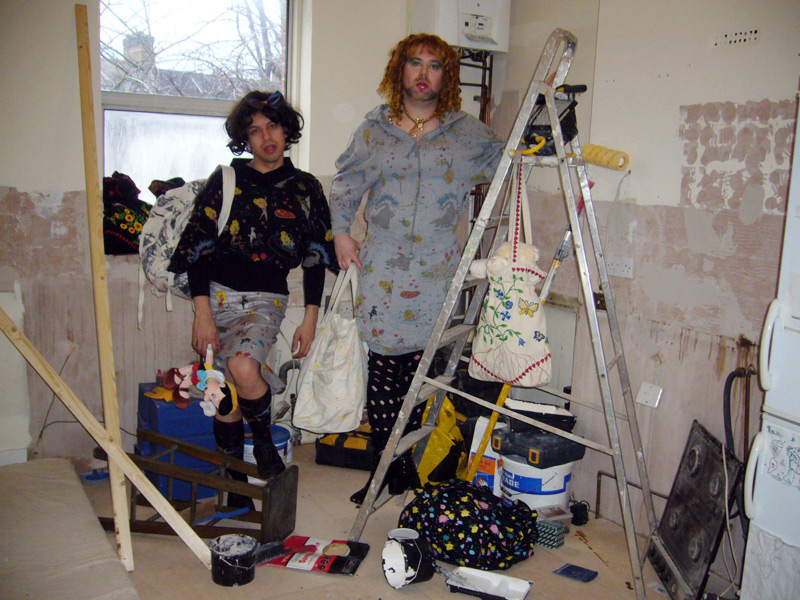 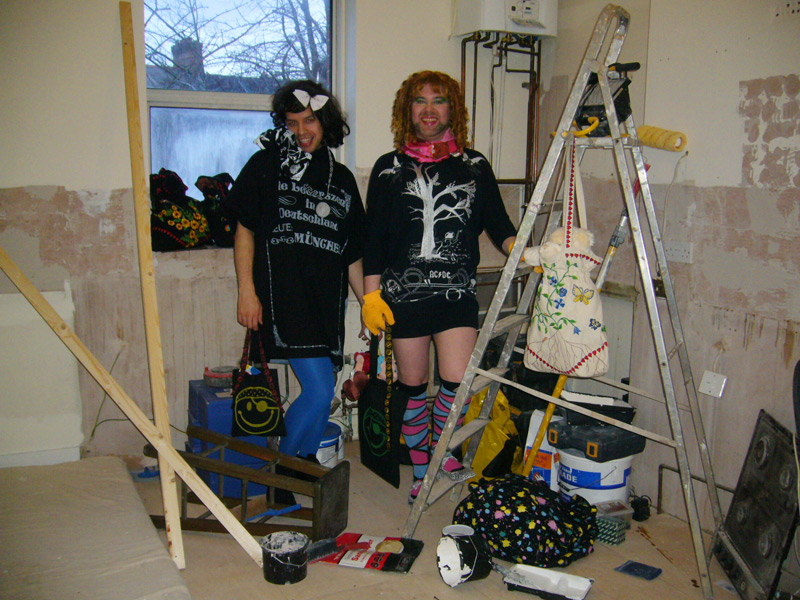 Sunday afternoon, we received a phone call from a very friendly couple. They told us that they had found the bag and all that was in it, cluttered at a back alley just around the corner from the pub. We picked it up a few hours later. Only a cat had pissed on Mary’s shawl.