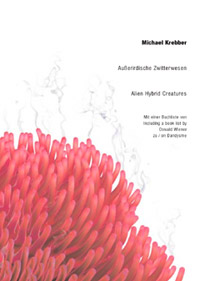 It was so much fun to work with Michael on his book and I think it shows.

END_OF_DOCUMENT_TOKEN_TO_BE_REPLACED

Mariah shakes it off in her new video as she leaves Hollyhood.
For me, this is the best video of Emancipation so far. I love her look, especially the one with the thick blue eyelashes and the matching blue high heels. Watch the video on Yahoo Music.

After I’ve read Loves Saves The Day I started buying music that was mentioned in the book or was remixed by Larry Levan. As Gwen Guthrie was introduced as “the first lady of Paradise Garage” at the club”™s closing party, she is on top of my list this month. Larry Levan did alot of her remixes. I bought Padlock as a re-issue vinyl album, where the first LP has the original versions produced by Sly Dunbar and Robbie Shakespeare and the second LP has the remixes by Larry Levan. You just need these two records to DJ. Switch between them all night long. This will make everyone happy. The original versions are very funky and crisp, the remixes ar a little bit more disco. Fantastic. And I like Gwen’s lyrics, as she can’t decide what she wants:

Don’t teach me, I’m electric, And If you touch me, I’ll shock you (Hopscotch)
Come On, Spread Yourself, All Over Me, Like Peanut Butter (Peanut Butter)

It is a shame that her first two albums are not available on CD. I will try to get the vinyl…

On a related note, Identify NYC Clubs has pictures and information on 22 NYC clubs.

Filthy Pictures from the parade.

Before and during the gay pride parade in Frankfurt.

We went through the trash of Nancy’s neighbours, to get some information about her demented caretaker. Then I defecated onto the street and had the nerve to expect applause, while Nancy got herself a very submissive slave.

In time for the Frankfurt Gay Pride weekend I would like to quote RuPaul:

sissies are under fire around the world and we must fight back! we shall retaliate the only way we know how… like the powerful butch queens that we are, with our heads held high and looking flawless. remember, it was the queens who started the GAY RIGHTS MOVEMENT, not the “straight acting” cowards.

And I like the drag queen chant sung during the Stonewall riots:

So, I have updated the site to the new WordPress version and made Trackbacks work. Trackback away, you bloggers!

Additionally, I put the complete interview with Dirk Bach and the full articles for Texte zur Kunst and Mode Depesche onläne.

Although, I haven’t seen any of his drag movies, I’m also looking forward to see Gypsy Rose Lee! How womanly can Johnny be?

Pictures from a hot and hairy party at S.